It’s time for another Round-up. We’re bringing you the latest news, highlights and events from across the eight UKRI-funded mental health research networks. After a brief pause in December, we’re catching you up on the networks’ latest activities.

This month, we’re celebrating awards and numerous publications, not to mention the usual selection of top-notch blogs and webinars. Let’s get stuck in! 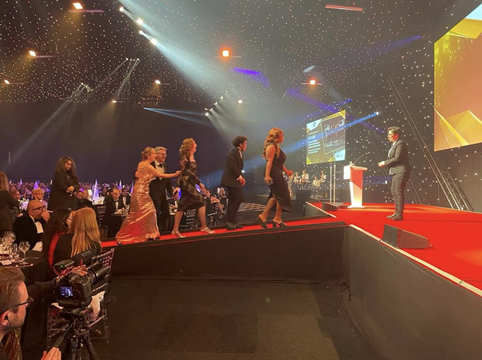 Research funded by the TRIUMPH scoped a prize at the Health Service Journal  Awards 2021. Reprezent’s On the Level received the HSJ Mental Health Innovation of the Year Award. The project included young people producing a live radio show, which supported over 13,000 pupils and 500 teachers mental health as they returned to school after lockdown. Well done to everyone who took part in the project! 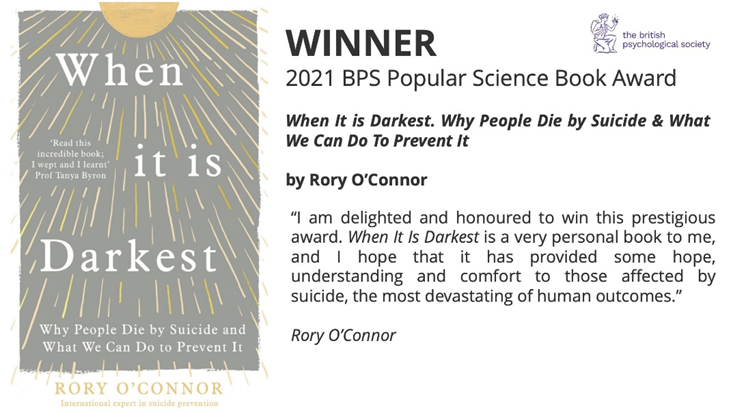 And that’s not the only award connected with TRIUMPH this month. TRIUMPH co-investigator Rory O’Connor has been recognised for his book  ‘When it is Darkest: Why People Die by Suicide and What We Can Do to Prevent It’. His book won the British Psychological Society’s Popular Science Book Award for 2021. This is well-deserved recognition for Rory’s life-saving work.

Dates for your diary

VAMHN’s ECR lunchtime series is back! This time, they’re looking at non-academic career pathways for researchers.  The next webinar is on the 23rd of February. If this piques your interest, reserve your place here.

The team behind CESAME, one of TRIUMPH’s plus-funded projects are holding a webinar ‘Culturally Engaged and Sensitive Approaches to Mental Health Education: With young people, for young people’ on 27th January. CESAME researchers worked with young people to create ideas for culturally diverse and inclusive school transitions for better mental health. The researchers will share their findings. You’ll also hear from an expert panel – including some of the young people who co-designed the project. Reserve your free ticket today.

eNurture’s third and final funding call is now live and will be open until 23rd March 2022. They have four priority areas:

VAMHN network has launched its Arts Funding Competition. They are looking for thought-provoking high-quality art around the topic of violence, abuse and mental health. The network is especially keen for a meaningful lived experience component to be part of the work too. The application deadline is on the 4th March 2022.

Vanessa Pinfold, Director of The McPin Foundation, wrote a helpful blog about charities that fund mental health research for the Mental Health Incubator. This is a great starting point if you want an overview of which charities fund different kinds of research.

Did you catch SMaRteN’s webinar on the future of student mental health and well-being? SMaRteN co-organised a Mental Health Question Time Panel with UCL Division of Psychiatry, The Lancet Psychiatry and the National Elf Service. The panel included SMaRteN team members and funded researchers who spoke about the most pressing challenges facing student well-being and evidence-based practices that universities can implement. The brilliant Mental Elf tweeted at the event, so you can catch up on the highlights via the hashtag #MHQT.

This month, eNurture recently their Showcase of Funded Projects. eNurture-funded researchers shared their findings on their research related to young people’s mental health and the digital world. The network also launched its final funding call, as mentioned above. Catch up on the webinar here.

It has been a busy couple of months – and we’ve seen plenty of papers featuring work from across the networks. Let’s find out more:

Early-career researchers (ECRs), doctoral researchers and SMaRteN network lead Nicola Byrom produced a paper about Covid-19 and ECR mental health. ‘The impact of the first COVID-19 lockdown in the UK for doctoral and early career researchers’ shows the need for better, tailored and flexible support for ECRs.

SMaRteN is finalising their report on ‘Measuring Well-being in the Student Population’ research, led by Nicola Byrom and Alyson Dodd. The report is a result of a consultation from across the university sector to better understand what is important when it comes to measuring student well-being. Through the sector-wide consultation, Nicola, Alyson and their colleagues have identified five priority areas for student well-being, as well as developing a practical tool for universities. Keep an eye out on SMaRteN social media, and their website for more details.

How does racism affect the mental health and well-being of children in the UK? Emerging Minds advisors Fiyory Ghezae, Nikki Adebiya and Jawwad Mustafa’s spoke to young people of colour who expressed that research into racism and mental health was an urgent priority. They also stated the importance of co-production in research. Read on here. This commentary was part of the Emerging Minds Voices, Power and Attitudes research challenge.

Closing the Gap’s SCIMITAR study developed a bespoke smoking cessation intervention in people living with severe mental ill-health. Their study was incorporated into the NICE guideline on Tobacco, which aligned with Closing the Gap’s systematic review of behavioural smoking cessation interventions for people with severe mental ill-health.

Loneliness and Social Isolation Network also published research in December 2021. The paper accentuates the importance of addressing loneliness when preventing or reducing anxiety and depression in young people.

Closing the Gap has concluded the fourth season of their  Research Sofa series at the end of 2021. They have had some fantastic high-calibre guests speak on the series, including Jo-Anne Smith and Charlotte Hardman,  Wendy Burn CBE, Sam Dawson, Samantha Gascoyne, Emily Peckham, Ruby Fell and Jayati Das-Munshi. Although season four was the final series of the Research Sofa. Closing the Gap will continue broadcasting ‘’special episodes’’ on a non-fixed day pattern – so stay tuned!

Something to read – blogs

Simon Hammond has written a blog for eNurture sharing his experiences from his eNurture funding. Find out more about his research ‘Exploring understandings of digital resilience to inform the development of a Digital Resilience Scale (DRS) for ‘pre-teens’ (9-12-year-olds)’ here.

Closing the Gap has teamed up with Equally Well UK to create a resource for positive change for people with severe mental illness and those making decisions about services. Experts by experience from the Closing the Gap OWLS study shared their experience and advice, which the resource was based on.

Representatives from the Loneliness and Social Isolation network (LSIMHRN) and Principal Investigators from some of the Plus Projects funded by LSIMHRN got together for an informal sharing of tips for getting funding. Here are the dos and don’ts that they came up with – very useful for early-career researchers!

Loneliness and Social Isolation Network-funded researchers Matt Lobley and Rebecca Wheeler launched a report exploring loneliness and isolation for farmers. They interviewed 22 farmers and six practitioners. As well as providing insight into the experiences farmers face, the report states recommendations to improve support for people within the farming community who experience loneliness. Read the report here or catch up with the webinar here.

Something to listen to

As part of the Emerging Minds CoRAY project, the network has worked with the charity Headliners UK. Members of their young people’s group interviewed Jacqui Rogers from Newcastle University about how young people can deal with the ongoing uncertainty and change we are all facing. Listen to it here. Emerging Minds worked with BBC Bitesize and Fully Focused productions as well as design students from Reading University to co-produce infographics.

That’s it for this month. Thank you to all the network coordinators for contributing to this month’s round-up and thank you for reading this. We’ll be back in February!

Achieving resilience during COVID-19: psycho-social risk & protective factors amidst a pandemic in adolescents

Better reporting, tailored messaging and no longer than needed: reflections on a review of the psychological impact of quarantine

This website uses cookies to improve your experience while you navigate through the website. Out of these cookies, the cookies that are categorized as necessary are stored on your browser as they are essential for the working of basic functionalities of the website. We also use third-party cookies that help us analyze and understand how you use this website. These cookies will be stored in your browser only with your consent. You also have the option to opt-out of these cookies. But opting out of some of these cookies may have an effect on your browsing experience.
Necessary Always Enabled
Necessary cookies are absolutely essential for the website to function properly. This category only includes cookies that ensures basic functionalities and security features of the website. These cookies do not store any personal information.
Non-necessary
Any cookies that may not be particularly necessary for the website to function and is used specifically to collect user personal data via analytics, ads, other embedded contents are termed as non-necessary cookies. It is mandatory to procure user consent prior to running these cookies on your website.
SAVE & ACCEPT