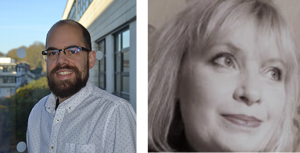 The pandemic has accelerated digitalisation in many aspects of life, but what does this mean for people who are not digitally connected? Emily Peckham and Panos Spanakis from the Closing the Gap Network (@CTGNetworkUK) explore the the “digital divide” and explain why understanding the extent of this divide in people with severe mental ill health is an important aspect of a broader research study by the network, which will explore the impact of the Covid19 pandemic restrictions on the health and well-being of people with severe mental ill health.

A world going digital but not for everyone

During the current pandemic restrictions, many people have found access to the digital world invaluable, using the internet to obtain the latest news updates, connect with friends via social media and videoconferencing, order shopping, and join online workouts and reading groups. In the last couple of months, the world around us has become digitalised at an unprecedented scale and speed.  Vast proportions of the country’s workforce are working remotely, businesses and companies are relying on online solutions to retain “business as usual”, patients are seeing their GPs via video-calling, and the world of the arts are turning to online streaming (many times even for free) to keep bringing arts to people.

Without a doubt, the internet has played a major role in unlocking the lockdown and keeping the world ticking. However, not everyone is onboard this virtual train. In the latest UK Consumer Digital Index reporti , published annually by Lloyds Bank, 7% (3.6 million people) were completely offline while 22% (11.7 million people) lacked the necessary digital skills for everyday life. If these rates continue, the estimated projection is that in the next 10 years 25% of the UK population will still have a very low level of digital engagement. Providing evidence to the COVID-19 inquiry by the All Part Parliamentary Group on Social Integrationii, Rich Denyer-Bewick of Citizens Online said: “The messaging from the NHS says go online. Universal Credit is online, shopping is online…this means people are excluded from the services they need to survive the crisis.”

However, there is more to this than meets the eye. The so-called “digital divide” isn’t just about having no access to the internet. It is also about poor connectivity, limited access due to relying on expensive mobile data, and the divide between those who are confident in using the internet and those who are less skilled. In the UK, 53% of people who are offline might not earn enough money to pay to have the internet at homei. Also, 21% percent and 52% of people in the UK do not have all five essential digital skills for everyday and work life, respectively, as defined by the Essential Digital Skills frameworki.

It is easy to forget the people who aren’t digitally connected as they are often from the most vulnerable sectors of society and when everything is going online, they can become even more hidden. Inequalities can worsen as people struggle to access the basic necessities of life: food, work, social connection and health. Examples of groups of people who have been found to be more likely to be digitally excluded are the elderly, people disabled by long-lasting physical or mental health conditions, people who are not in employment or with low incomes, people who live aloneiii, people who are experiencing homelessness, and asylum seekers.ii

Among them, a group that might have not received much attention so far is people with severe mental ill health (e.g. psychosis or bipolar disorder). For this group, access to the internet is not just a matter of access to shopping, social communication or entertainment. It is also about access to mental health support services which is a vital part of everyday life. The increased digitalisation of mental health services, happening since the beginning of the pandemic poses an additional threat of exclusion.

A narrowing divide but more to be done

A study conducted in a large secondary mental health provider in London in 2016 iv demonstrated that, compared to data from 2011, daily internet use has increased (from 35% to 56%) and digital exclusion has decreased (from 30% to 18.3%) among people with psychosis. However, at the time of that study, daily internet use among the general UK population was at 78%. Encouraging as it is to read these results , a sizeable proportion of people with psychosis remain digitally excluded and the gap with the general population is still wide. On top of this, it remains an issue as to whether an increase in digital inclusion is happening fast enough to keep up with the frantic pace of digitalisation as a response to the pandemic restrictions.

Moreover, a common misconception is that people with severe mental ill health are not interested in digital technologies and the internet. In contrast, the 2016 London study found that the most common reasons that people with psychosis were not going online were security concerns (45.9%) and lack of knowledge (40.4%), rather than “not wanting to use the internet”, which was endorsed by 15.6% of the
respondents. Compared to the 2011 data, motivation to use computers and mobile phones has increased from 48% to 62.4% and from 18% to 41.3%, respectively.

Studies like this are a great start. However, more needs to be done if we are to grasp the full scale of the situation. We need to hear from more people, covering more parts of the country and more types of severe mental ill health. We also need to take into account that just as people with severe mental ill health might have started to gain some ground in the digital world, the goal posts have been moved again. It’s also crucial to understand what the most pressing barriers to digital inclusion are. If it’s mainly an issue of motivation or interest in the internet, the unprecedented use of online solution might facilitate a change in attitudes. However, gaps in access,  for example not being able to afford a smartphone or a data package, might even become worse in the aftermath of the pandemic.

The digital divide is not one unified type of problem and as such the solution will not come from any single direction. Lack of motivation requires increasing awareness of the benefits. Common benefits of being highly digitally engaged, reported by members of the UK public, is staying in touch with friends and family (90%), feeling more part of a community (55%) and managing their physical and mental wellbeing (44%)i. Co-occurring long-lasting mental and physical health problems are very common in people with severe mental ill healthv, making people more likely to self-isolate for long periods during the coronavirus pandemic, so the benefits of digital engagement could be even more important.

Lack of skills and knowledge provides opportunities for training and support. Digital champion schemes are offered by charities and organisations across the country (e.g. 100% Digital Leeds, Digital Unite, and Independent Age) and digital up-skilling platforms are already available for people with the basic skills (e.g. Good Things Foundation’s “Learn My Way” platform)ii. Adapting some of these resources to the needs of people with severe mental ill health (see for example a study from University of Pittsburg on accessible website design for people with severe mental ill healthvi), is a possible way forward.

Lack of access might be the most difficult to address. Currently, there are several schemes for donating devices to people from less advantaged backgrounds (e.g. WaveLength, FutureDotNow, and SocialBox.biz)ii, however many of the access barriers (e.g. financial constrains) are broader issues requiring intervention on a larger, potentially nationwide, scale. It also goes without saying that all these barriers (lack of motivation, access or skills) are interlinked, and addressing any of these in isolation will not necessarily address the full problem experienced by some of those who are digitally excluded.

Finally, it is easy to be carried away by the idea that the solution to digital exclusion is the digital up-skilling of people. It’s true that the world is changing and the best way to help people is to help them catch the ride and adapt to that change. However, it is also important to remain sensitive to diversity and provide options that would cater for the needs of those still not able (for whatever reasons) to fully engage with the online world.

It also aims to understand what the most common barriers are for being digitally engaged and whether people would be interested in learning more about using the internet. In this effort we are supported by a nationwide group of people with a range of diagnoses of severe mental ill health who have agreed to help us by taking part in this research.

Alongside this, we will aim to raise the awareness of the digital divide and remind people that not everyone is digitally connected. When developing new resources, especially around managing mental health and well-being, we need to think about those who aren’t digitally connected and ensure we don’t disadvantage some of the most vulnerable people in society.

Photo by Edward Jenner on Pexels

Dr Emily Peckham is the Network Coordinator for the Closing the Gap network and a research fellow in the Mental Health and Addiction Research Group, University of York.

Dr Panagiotis Spanakis is a research associate in the Mental Health and Addiction Research Group, University of York and a member of the Early Career Researchers Network for the Closing the Gap Network.

Any cookies that may not be particularly necessary for the website to function and is used specifically to collect user personal data via analytics, ads, other embedded contents are termed as non-necessary cookies. It is mandatory to procure user consent prior to running these cookies on your website.